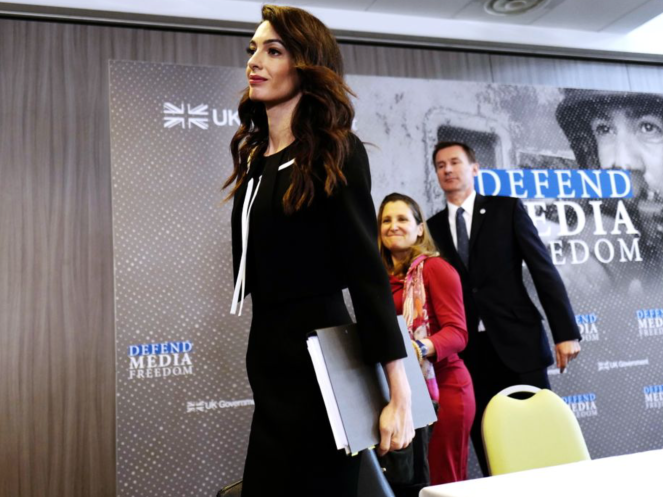 Foreign Secretary Jeremy Hunt has appointed Amal Clooney as a ‘media freedom ambassador’ to fight for free speech worldwide, according to reports.

Amal Clooney has been actively campaigned to free jailed journalists across the globe.

Mr Hunt has set goals to make media freedom a top priority in the coming year.

He also announced plans for an international conference to promote media freedom and the safety of journalists.

On April 5th 2019 Amal Clooney and Jeremy Hunt arrived in Dinard, France, for the G7 Summit.

• 2018 was the deadliest year for journalists, with 99 killed, 348 detained and 60 taken hostage by non-state groups.

• Foreign Secretary appoints Amal Clooney as his Special Envoy on Media Freedom and Chair of a new panel of legal experts.

• Panel of legal experts will support countries to repeal outdated and draconian laws and strengthen legal mechanisms to protect journalists.

Foreign Secretary Jeremy Hunt and his Special Envoy on Media Freedom Amal Clooney will establish a panel of legal experts to counter draconian laws that hinder journalists from going about their work.

After a meeting with the Canadian Foreign Minister and Amal Clooney at a G7 event in France, Mr Hunt set out the next stages of the UK’s campaign to defend free media around the world.

The High Level Panel of Legal Experts will examine legal and policy initiatives that states can adopt to improve media freedom including by:

• Supporting the repeal of outdated and draconian laws;

Violence against journalists has reached alarming levels globally and we cannot turn a blind eye.

The media has a crucial role to play in holding the powerful to account. There is no escaping the fact that draconian and outdated laws around the world are being used to restrict the ability of the media to report the truth.

Amal Clooney’s leading work on human rights means she is ideally placed to ensure this campaign has real impact for journalists and the free societies who depend on their work.

She will use her expertise to chair a panel comprising the world’s best legal minds to develop and promote legal mechanisms to prevent and reverse media abuses.

I am honoured to have been appointed as the Foreign Secretary’s Special Envoy on Media Freedom and to have been invited to chair the High Level Panel of Legal Experts.

Through my legal work defending journalists I have seen first-hand the ways in which reporters are being targeted and imprisoned in an effort to silence them and prevent a free media.

I welcome the UK Government’s focus on this issue at a time when journalists are being killed and imprisoned at record levels all over the world and I look forward to working on new legal initiatives that can help to ensure a more effective international response.

The global campaign on media freedom aims to shine a spotlight on media abuses and reverse the trend of violence against journalists.

Today’s announcement comes ahead of the International Conference on Media Freedom to be held in the UK on 10-11 July, co-hosted with the Canadian Government.

The conference will bring together leaders from around the world to share good practice on media freedom, and seek consensus behind the measures that can be taken to improve the protection of journalists.

• Amal Clooney’s full title is The Foreign Secretary’s Special Envoy on Media Freedom and Co-Chair of the High Level Panel of Legal Experts.

• The other members of the Panel of Legal Experts, along with the full Terms of Reference for the panel, will be confirmed in the coming months.

• Amal Clooney and the Panel of Legal Experts will work on a pro-bono basis.

ZAC POSEN Crop Jacket with flat lapel, 3/4 length sleeves, and a white trim collar and a Zac Posen Sheath Dress with a round neckline and a fitted knee length silhouette. 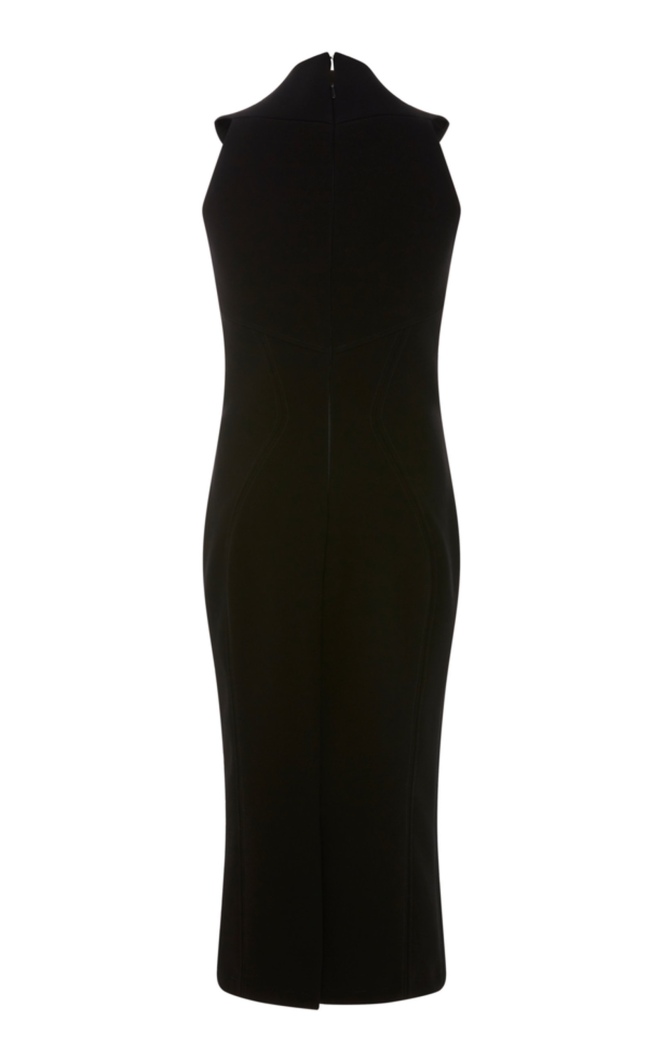 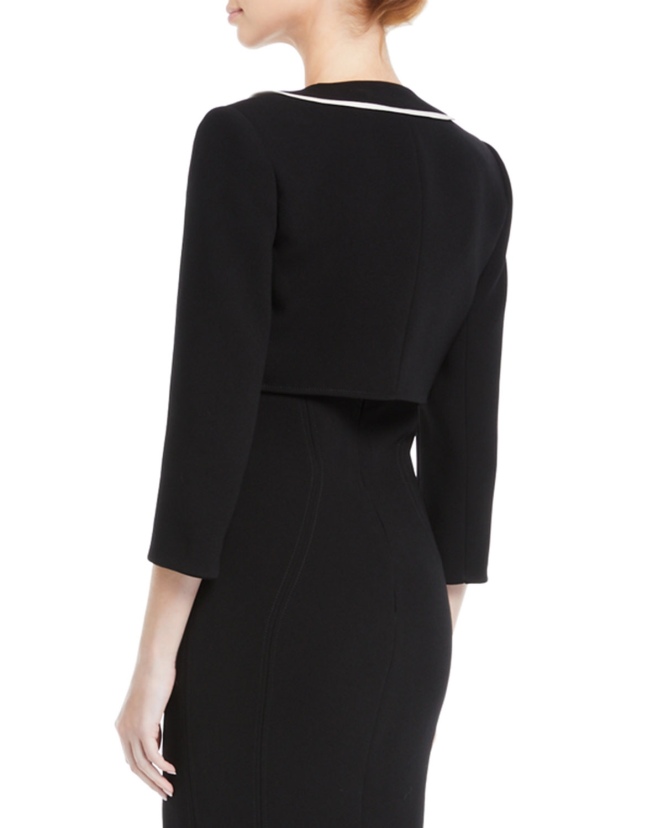 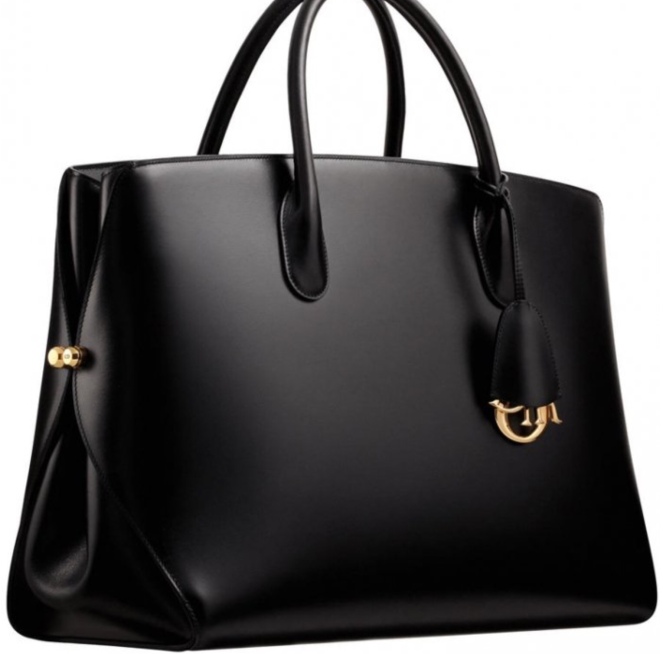 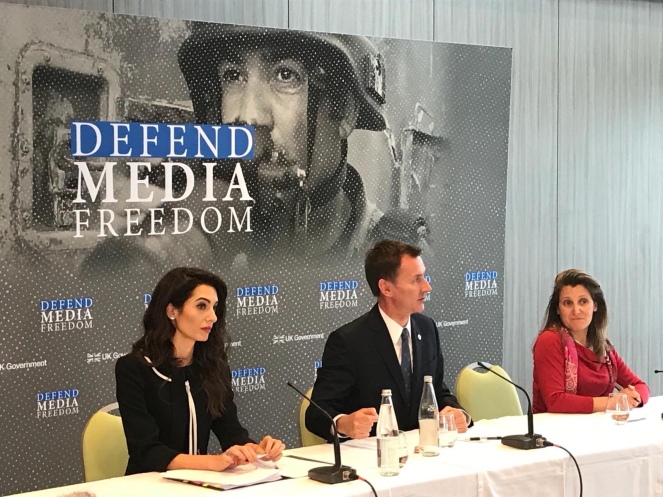 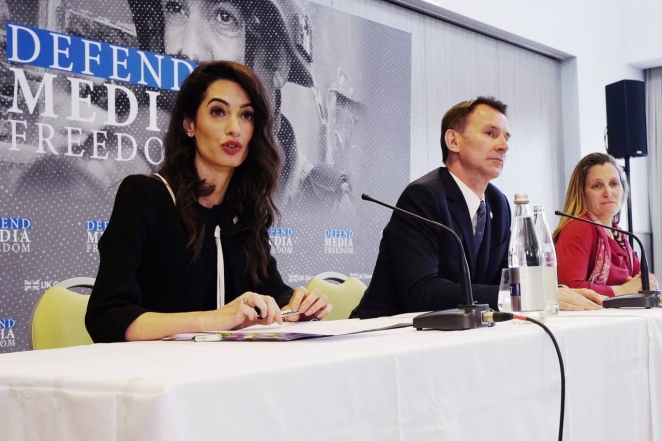 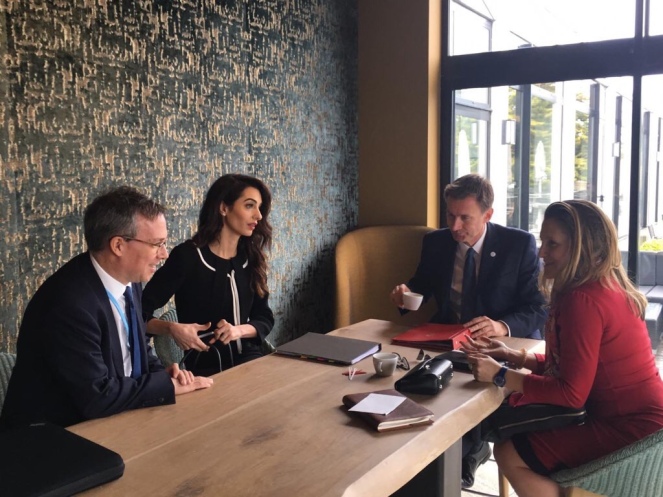 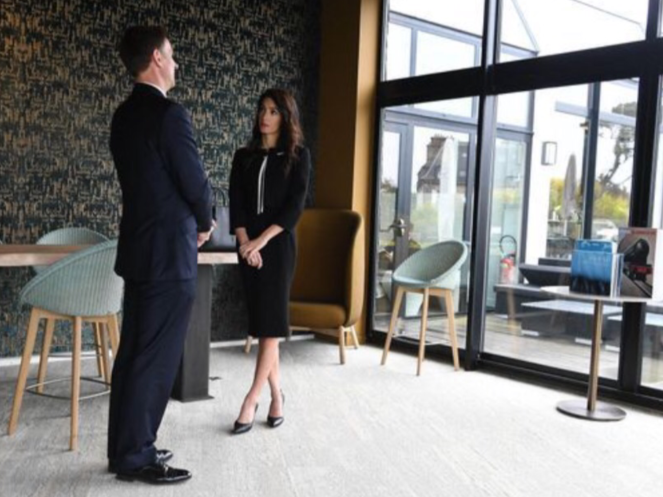